As with all therapy orientations, there are many misperceptions about existential-humanistic psychology and therapy. This, in part, is resultant of the various theories being presented through the lens of a single individual, which often occurs in textbooks and psychology coursework. Humanistic and existential psychology seem to be especially prone to misunderstandings. Elkins (2009), Grogan (2012), and Hoffman and Rubin (2012) chronicle many factors that contribute to these misunderstandings. Below I identify what I perceive as the eight most common misunderstandings.

1) There is a Singular, United Existential Psychology

While it would be much easier if this were true, it is not. One of the reasons why there are so many misperceptions about existential theory is precisely because so many people have attempted to describe existential theory in this oversimplified manner. There are some consistent themes, but few places of complete agreement. As noted on the home page of this website, there are at least five major categories of existential therapy as articulated by Cooper (2016).

While this may appear to be a weakness, most existential scholars see this as a strength. The internal tensions have provided motivation for the continual re-examination of the basic assumptions. Furthermore, it allows existential theory to be widely adaptable to therapists and consumers with different values.

3) There is a Singular, United Existential-Humanistic Psychology 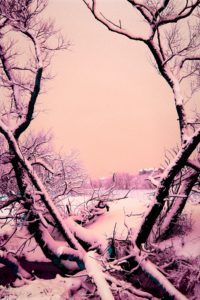 Even when considering Rollo May and James F. T. Bugental, the two most prominent early voices that helped develop existential-humanistic therapy, important differences can be seen. May’s application of existential therapy was more influenced by psychoanalytic practice whereas Bugental’s was rooted in humanistic and interpersonal perspectives.

This common misperception continually amazes me! It does not take too much time with the existential literature to recognize that many prominent existential philosophers, psychologists, and theologians were committed spiritual and/or religious individuals. While generally they were not religious or spiritual in conventional ways, they were committed to their beliefs. Kierkegaard, who is generally considered the father of existential philosophy, was a Christian theologian. So was Tillich, who was one of the most influential people in popularizing existential thought in America.

There were existential scholars who identified as atheists and agnostics as well. Sartre, Nietzsche, and Yalom were among the most famous. The nature of existential theory is neither inherently religious nor atheistic; however, it does discourage blind faith in any person or religion. Our very existence begs the questions of whether God exists, whether there is an afterlife, and many other spiritual questions. The way these questions are answered can impact the type of existential theory that is developed, but that does not necessitate a specific answer.

5) There is no Difference Between Existential-Humanistic and Humanistic Psychology 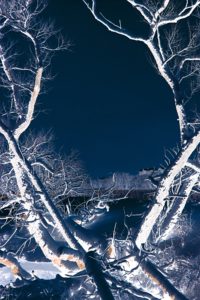 6) Existential-Humanistic Psychology is Nihilistic or Pessimistic

There are some good reasons for this confusion. Some of the existential literature, particularly existential psychology, can be seen as taking a rather pessimistic stance. The existential literature often encourages people to embrace suffering as an aspect of one’s broader human experience. This is not encouraging people to suffer for the sake of suffering; rather, this emerges from a recognition that pain and suffering are inherent in the human condition. Furthermore, the avoidance of pain often increases suffering. An existential-humanistic approach often encourages people to embrace suffering as part of the process of working through suffering and learning from suffering.

May (1991), in discussing Dante’s Divine Comedy, provides one of the most eloquent illustrations of this. He compares Dante’s journey through hell to purgatory and finally to heaven to therapy. The path to heaven often requires one to journey through hell to get there. Awareness, healing, and growth are not always easy. Suffering is not the intended final destination, but it is recognized as part of the path.

7) Existential-Humanistic Psychology is Primarily an Intellectual or Philosophical Approach

This misunderstanding is closely connected to the prior misunderstanding about existential-humanistic psychology being primarily an intellectual, philosophical approach. I have heard this comment often and frequently have responding asking, “Why?” Typically, it is difficult for people to answer this. When they do, they normally describe existential-humanistic therapy as an intellectual, philosophical approach that is focused on helping people understand themselves through an existential lens.

As a practitioner and supervisor of this approach for nearly 20-years, I have seen this approach work with a wide array of clients. It is applied differently with different groups of people with different struggles; however, this ought to be true with all approaches to therapy! Because the active ingredients of existential-humanistic therapy are rooted in the relationship, they can be readily adapted to work with a wide variety of people.

These are not the only misconceptions of existential-humanistic therapy, but, in my experience, they are 8 of the most common misconceptions. If you hear these, I would encourage you to ask the person what they base these characterizations of existential-humanistic therapy upon. You might encourage them to visit this webpage as well. The many misconceptions of this approach can be a barrier from therapists or clients seeking out this approach when it may be a good fit for them.

“Indeed, there is nothing more arbitrary than intervening as a stranger in a destiny which is not ours…”