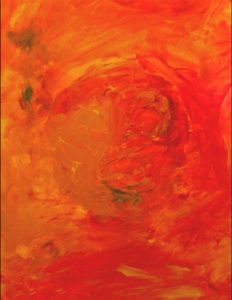 Self Portrait in Red by Rich Bargdill

A number of new scholarly and clinical voices continued to build on the early influence of May and Bugental, including Kirk Schneider, Myrtle Heery, Stephen A. Diamond, Orah Krug, Ed Mendelowitz, and others. In recent years, I (Louis Hoffman), along with several colleagues, such as Mark Yang, Nathaniel Granger, Xuefu Wang, Lisa Xochitl Vallejos, Veronica Lac, and others, have been working to continue to advance existential-humanistic psychology, particulalry with regard to multicultural and social justice perspectives.

Becoming an Existential-Humanistic Therapist:
Narratives from the Journey
edited by Julia Falk and Louis Hoffman